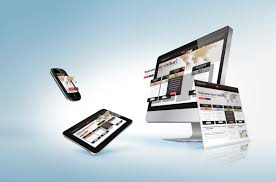 As the market becomes more and more flooded with increasing levels of content, making your content stand out can become a real challenge but this is the role of the advertising professional.

In an article on MarketingMag.com.au you can get some tips on driving a successful performance advertising campaign.

Some of the tips includes, 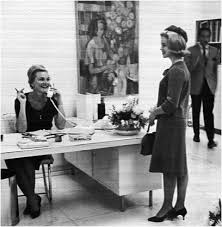 A recent article on NYMag.com discussed the dismal numbers of women executives in the advertising industry and whether or not the industry had moved past its chauvinistic past.

One of the most interesting dilemmas that women in advertising find themselves facing is whether to embrace the male culture or remain themselves. In other words, golf trips, steak dinners, drinking, box suites at sporting events which are common in the industry among males, should women force themselves to participate in these activities to get ahead?

Is this a predicament you find yourself in? Read on at http://nymag.com/thecut/2016/05/women-in-advertising-talk-about-gender-bias.html#

Facebook’s quarterly revenue recorded 50 per cent growth, which was massively higher than expected. The popular mobile app and a push into live video is reported to have ‘lured’ new advertisers in and  encouraged an increase in spending among existing advertisers.

According to the latest statistics around 1.65 billion people used Facebook monthly as of March 31, up from 1.44 billion a year earlier.

It appears that more and more advertisers are shifting money from television to the web and mobile platforms, which accounts for the huge revenue growth at Facebook. 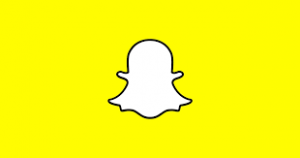 While Facebook, Twitter and LinkedIn have long been the leading advertising channels available through social media, Snapchat is the social media of the future with it proving particularly popular among the young demographic, aged 18-35.

SnapChat has an expanding range of advertising services, and with the social media boasting over 100 million daily active users, it’s not hard to see why advertising on the platform is flourishing.

Over 60 per cent of Americans between the ages of 13 and 28 are using SnapChat. So this is the “hottest” platform out there at the moment if you’re trying to get the attention of this demographic.

People’s love of cute dogs on social media have made way for dog talent agencies who represent dogfluencers, marketing products on Instagram. 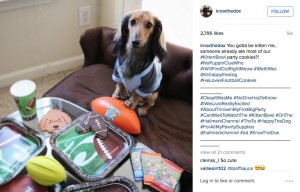 The Dog Agency is the first talent agency that caters exclusively to dogs made famous on Instagram.

In an interview with The Wall Street Journal, the creator of The Dogist Instagram account Elias Weiss Friedman and Loni Edwards the found of The Dog Agency said that dogs with over 150,000 followers on Instagram or Vine get about $US3000 (Aus $3952) for a single post.

Some clients are making $263 per posts and some $26,345 per post, according to Edwards. These dogs aren’t just advertising dog products, they market everything including cars. 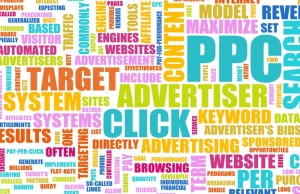 Millenials are people aged 16 to late 30s, so you can imagine how important it is to market to the, since they account for a quarter of the world’s population. This is an already large and expanding market.

According to the LifeLounge Sweeney report, these people spend $67 billion a year in Australia and that is expected to rise to $100 billion by 2025. By then, millennials will account for three quarters of the workforce.

Because this generation has grown up with digital technology, they bypassed the age of mass marketing and rely heavily on work-of-mouth advertising made possible by social media, deciding on what to buy.

This presents a challenge to traditional marketers, how do we reach this generation in the right way for social media? For more go to http://www.afr.com/news/economy/millennials-just-dont-want-to-hear-about-it-20160322-gnoz8g

(Thanks to Matt and Melanie over at video and creative agency Web Videos Australia, for this guest post which is also a great example of how agencies can provide great value in their content, to prospective purchasers of their services.)

All project managers are looking to squeeze their corporate video budget for the best possible outcome.

But for someone who is unfamiliar with the video production industry, it can be difficult to gauge what one should expect to pay.

What muddies the water even more is the giant differences in quotes from one videographer to another.

So what is entailed in the production of a video?

First of all, If you have a good idea what you want, as well as being flexible with your ideas, a producer can more accurately quote the project. It also puts you in a good position to possibly negotiate the price lower.

This is the sales script for your video. Copywriting can be a difficult process as sentences have time constraints. Most web videos have a duration of 30 seconds to 2 minutes. You can fit one hundred and fifty to two hundred words into a minute of video depending on how slow or fast the audio is. This means your script needs to be lean. There can’t be any words in your copy that you could do without.

If you feel confident in your writing skills and are prepared to write the video script yourself, you can often save some money by negotiating the service off your quote.

This is where the producer plans out the project in a linear timeline. It’s the producers job to fit everything that is required within the planned timeframe of a shoot.

If the project requires actors or presenters, the producer will find the right professionals for the job. You can save money by starring in the video yourself, as well as using your own employees.

Scheduling and preparing for the shoot.

Depending on your needs, you may require a half day or full day location shoot. A cheaper option can be shooting a green screen project. This is where the video is shot in front of a green screen and the background is digitally added in post production. Either way, the producer has to schedule camera crew and/or a green screen studio.

Note: Steer away from producers who fail to offer a half-day shoot. A half-day shoot used to be hard to get, but nowadays is common practice.

Editing will be charged at an hourly rate, with the quote estimating how long the project will take. This will vary greatly by the amount of animation you want for the project.

Voice-over artists. Expect to pay between $1 -$2 dollars per second of video.

Most professional videographers state in their T’s & C’s that the raw footage of the shoot is the intellectual property of the video producer. This is not an uncommon practice as photographers apply the same rule.

Savvy Victorian companies are saving big on corporate video production in Melbourne by receiving free pre-production on their quote. The company Web Videos Australia not only delivers on-time at the best corporate videography rates, but also on quality.

Save more by asking about their “2 hour location shoots” which is a highly uncommon practice within the industry.

Follow this price guideline when collecting quotes from other videographers. And always ask for a compete price breakdown.

According to a US study, businesses are making $6.50 for every $1 spent on influencer marketing. HooZu is a start-up influencer agency which is taking advantage of that fact.

The company has released technology identifying the most influential social media personalities in Australia.

This is an easy way to identify and measure how effective social media influencer marketers are. It helps brands find influencers that are best connected to them and measure the impact they have on sales and brand awareness.

Facebook says advertising hasn’t changed, the delivery of the message has.

The social media giant says forget “social” and focus on relevance, the one aspect that makes advertising successful, according to Lee McCabe of Facebook.

Over the three months to the end of 2015, Facebook brought in $US5.6 billion ($7.44 billion) in advertising sales revenue, a 57 per cent increase on the previous period with 80 per cent of revenue coming from mobile advertising.

Is the weight of models in advertisements subjective? Gucci says it is. That was after the Advertising Standards Authority (ASA) banned a picture of a gaunt looking  model in The UK.

While the regulator says the fashion house is irresponsible for depicting the unhealthily thin model in its latest campaign, Gucci says the model is slim but not unhealthily so.

The fashion house was ordered to remove the picture from the advert.

Is this the signal of things to come? Are advertisers being forced to become more responsible with their advertisements?